Wired: Huawei Just Copied the iPhone—Down to the Last Screw

Wired: Huawei Just Copied the iPhone—Down to the Last Screw

China has been engaged in full-on Economic War with the US and The West for decades.

Every organization: business, government, military and academic organization is under attack for theft of innovation and trade secrets. China’s efforts have been expanding dramatically over the past few years and are having an irreversible effect on every US organization and the US economy. What organizations have done up to this point has been grossly ineffective. Every organization must ReThink and act aggressively to protect their sensitive data.
– Casey Fleming, BLACKOPS CEO 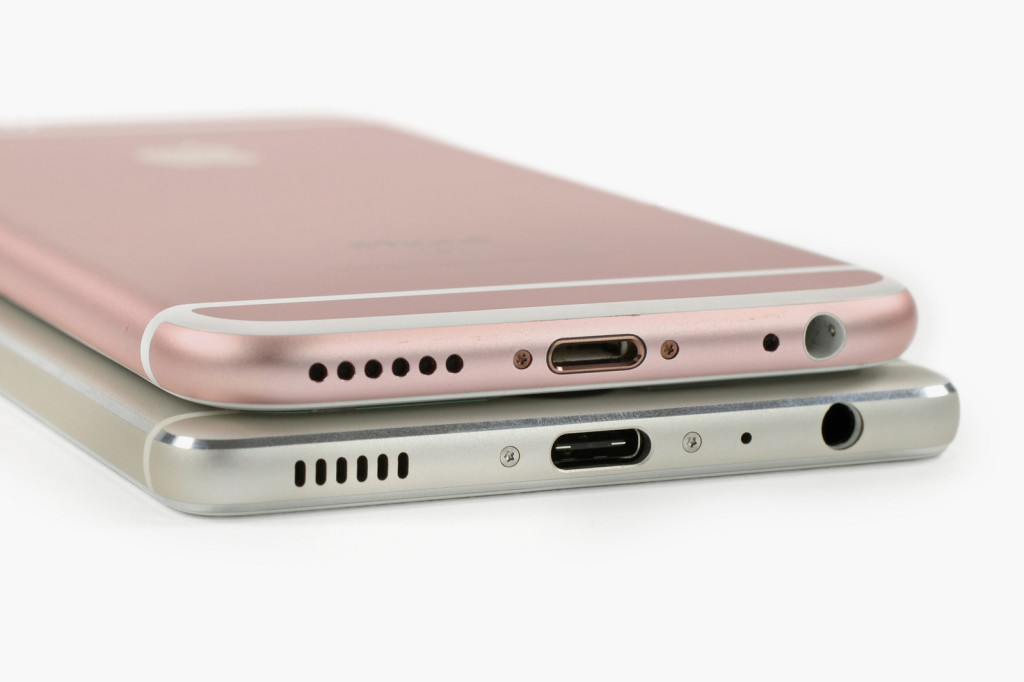 This is not a photo of two Apple iPhones. This is a photograph of an iPhone on top of Huawei’s new P9.

I’ll excuse your double-take, because Huawei is shamelessly copying Apple here. Yes, it migrated the fingerprint sensor like a flounder’s eye and eliminated the mechanical home button, but the two phones share similar antenna bands, styling, and finish. They even sport the same proprietary star-shaped security screw, in exactly the same spots. After all, if you want your phone to resemble an iPhone, you’ve got to nail the details.

But this screw, called a pentalobe, does more than make the P9 look a bit more like an iPhone. It keeps you from opening your phone and impedes recycling it when you finally toss it. And it offers another reminder that where Apple goes, others follow, even if what’s good for Apple isn’t always good for the orchard.

Everyone Rips Off Apple

By this point, everyone expects everyone else to rip off Apple. The company employs the best designers in the world, and the industrial and mechanical design principles it established guide the industry.

Consumers, too, associate Apple with quality. Its insistence on high-end materials dramatically extended the lifespan of laptops. In the past, people tended to upgrade every year or two, but today it’s common to see people toting a 5-year-old MacBook Pro. The exterior might be scuffed and dented, but the hardware still works. (And the battle scars add character.) Dell and HP followed suit, and their metal-framed laptops are more durable than previous plastic designs.

But Jony Ive and his team are not infallible. Recently, they’ve made a number of design choices that hurt consumers and recyclers. Apple upended the idea that owners could swap the batteries in their devices. It used integrated batteries in the iPhone and started gluing them down in iPads and Retina MacBooks. This requires recyclers to painstakingly remove those batteries before sending devices to the shredder. And when Apple does something that promotes recycling, like using a pull-tab removable adhesive to secure the battery in the 12-inch iPad Pro—it doesn’t adopt the change in every product line. The 9.7-inch iPad, released just five months later, eschews the easily removable battery.

These seemingly small inconveniences present a big problem in a world with more mobile devices than people. Eventually, those devices land in trash heaps, incinerators, or recyclers. Americans generated more than 3 million tons of e-waste in 2013, and recycled just 40 percent of it. Recycling more devices, and doing so more efficiently, prevents salting the earth to make new gizmos.

At the same time, batteries pose a major safety hazard to recyclers. In the best-case scenario, glued-down batteries significantly slow down a recycling operation. In the worst case, a punctured battery starts a fire or triggers a dust explosion.

Which brings me back to the pentalobe screw…

Much Ado About a Little Screw

Apple introduced the unusual star-shaped screw inside the mid-2009 MacBook Pro as a means of keeping people from replacing the battery on their own. One year later, it used smaller pentalobe screws on the exterior of the iPhone 4, placing the two small sentinels on either side of the charging port.

You didn’t see pentalobes often back then. (I first saw one in 2010 and couldn’t identify it, even though I do this for a living.) Putting esoteric screws in every iPhone was a strategic move. The design wasn’t patented, but only Apple had the tool needed to remove the damn things. And that meant only Apple could open your phone.

This is essentially security via obscurity, an obstacle that impedes all but the most determined people. No less annoying, they’re another barrier to recycling, albeit a minor one. My company, iFixit, reverse-engineered the screw and sold screwdrivers to fit it. Recycling centers use our bits by the bucketful.

I’d never seen a pentalobe outside of the Apple ecosystem. Until now.

I can’t tell you why Huawei put pentalobe screws in the P9. But I can tell you there is not one functional reason for it.

Mechanically, the pentalobe sucks. A shallow draft and rounded lobes make it easy to strip. It’s not even a particularly good security screw anymore. Apple’s put them on every one of the 873 million or so iPhones sold worldwide since 2011. You won’t see a pentalobe driver in most home toolboxes, but you don’t have to look hard to find a professional with one.

Here’s a radical thought for Huawei and everyone else: Stop copying the locked-down iPhone and make something different. I get excited by something like the LG G5 because LG’s modular design doesn’t remind me of something I’ve seen before. LG also squeezed a user-replaceable batteryinto a unibody phone. No one else is doing that. It used easy-to-assemble press- fit connectors instead of glue. The Fairphone 2 drew inspiration from LG. You can swap its screen in less time than it takes to shave in the morning. Which is pretty cool.

The world needs tech companies to innovate rather than chase Apple through its walled garden. It needs more repairable, recyclable products. But no one is smart enough, or brave enough, to do that. In their misguided and single-minded focus to emulate Jony Ive, these companies are copying everything Apple does, down to the last screw.

MIT: The US crackdown on Chinese economic espionage is a mess. We have the data to show it.

US Companies Are Supercharging the Chinese Communist Party

Chinese Communist Party Advances Its Agenda to Weaken US Through Stealth Tactics: Expert

The Chinese Regime Is Weakened, yet Increasingly Dangerous: Casey Fleming