What is the “Gray Zone”?

Today’s wars are fought in the ‘gray zone.’ Here’s everything you need to know about it.

Whether it’s the Kremlin’s “little green men” suddenly seizing Crimea, China’s coercive use of economics through its Belt and Road Initiative, or—as we’re currently watching in real time—Russian state propaganda aggressively rallying its population for war, US adversaries are increasingly pursuing their national objectives in a little-understood arena: the so-called “gray zone” between peace and open conflict.

Seemingly a relic of the Cold War-era international order, conventional military campaigns have given way to hybrid warfare involving cyberattacks, information campaigns, and an array of other non-violent pressure. What’s more: The United States and its partners are losing the battle to the world’s far more audacious autocracies.

With Russia poised to fully invade Ukraine in the latest example of the Kremlin’s aggression and coercion threatening the European security order, the stakes for fighting back have never been higher.

What exactly is a “gray zone,” and how has this concept developed in a post-Cold War world?

The gray zone describes a set of activities that occur between peace (or cooperation) and war (or armed conflict). A multitude of activities fall into this murky in-between—from nefarious economic activities, influence operations, and cyberattacks to mercenary operations, assassinations, and disinformation campaigns. Generally, gray-zone activities are considered gradualist campaigns by state and non-state actors that combine non-military and quasi-military tools and fall below the threshold of armed conflict. They aim to thwart, destabilize, weaken, or attack an adversary, and they are often tailored toward the vulnerabilities of the target state. While gray-zone activities are nothing new, the onset of new technologies has provided states with more tools to operate and avoid clear categorization, attribution, and detection—all of which complicates the United States’ and its allies’ ability to respond.

—Clementine G. Starling is the deputy director of the Forward Defense practice and a resident fellow in the Transatlantic Security Initiative.

The definition of “gray zone” is imperfect and not fully agreed upon. But it’s more important to work on the problem than to quibble over precise definitions—especially for something that poses real and immediate challenges for the United States, its allies, and the international rules-based order. While the Soviet Union, its Warsaw Pact allies, and even the United States and its partners operated in what we now call the “gray zone” during the Cold War, the available mediums and vulnerabilities have only increased with the globalization of trade and capital markets, as well as the proliferation of the internet and social media. Ironically, the strength of open and transparent societies also tend to provide multiple avenues and opportunities for competitors to operate in the gray zone.

—Arun Iyer is a nonresident senior fellow in Forward Defense and served in a variety of operational and operational leadership assignments covering Europe, the Middle East, and the Indo-Pacific in the US Department of Defense.

One can argue that activities in the gray zone have always been a feature of great-power competition. Proxy wars, destabilizing insurgencies, legal warfare (lawfare), and information warfare—by adversaries and allies alike—have been a feature of conflict for millennia. But the cost of conventional conflict in the nuclear era has grown too steep, and the risk of escalation too profound. As a result, nations seek to promote their national objectives through aggression conducted covertly, or with obfuscated attribution or justification, in order to achieve their goals.

—Robert J. Giesler is a nonresident senior fellow in Forward Defense and served in a number of senior roles within the Office of the Secretary of Defense.

How have countries such as China and Russia occupied this space in recent years through hybrid warfare—and to what extent are these tactics setting the tone for future conflicts?

To skirt the unrivaled conventional power the United States brought to bear on the physical battlefield during the Gulf War, China and Russia moved their activities to the seams of warfare, where they stood a chance at competing. While the United States has spent more than two decades focused on its conventional power, Russia and China have occupied the gray zone where they can pressure, coerce, destabilize, and attack the United States and its allies without risking conventional escalation. While they have different playbooks, neither Russia nor China makes the same distinction as the United States between war and peace. For instance, the Chinese People’s Liberation Army’s strategies of “unrestricted warfare” and “three warfares” blurs the lines between the two by promoting non-lethal means of achieving national objectives alongside military ones.

While justified, the US-led focus on violent extremism has provided China and Russia the space needed to further observe US behavior, refine their hybrid-warfare toolkits, and engage a distracted United States. They now have a considerable head start at waging hybrid war—while two decades of fighting a so-called low-end fight against a relatively unsophisticated adversary have blunted some of our sharpest instruments of power. Imagine the United States as a bull and Russia (or China) as a matador: If the bull takes on the matador head-to-head at the outset, it means pure carnage in favor of the bull; but if the matador makes the bull chase him around—providing feints, distractions, and delivering small but targeted precise cuts—brute strength means little. Personally, I’d like to see the United States act more like the bull in China’s shop, putting adversaries’ valuables at risk.

Both China and Russia have actually accused the United States of engaging in gray-zone activities (while doing so themselves), e.g. engaging surrogates such as contractors in a conflict or instigating the “color” revolutions in Georgia, Ukraine, and Kyrgyzstan. In fact, they have gone to great measures to harden their national interests against postulated US gray-zone interference to an unprecedented degree. For example, they have refined their ability to shape domestic perceptions through social-media manipulation, censorship, and absolute control of popular media. This allows their national disinformation and influence operations to freely target Western audiences with impunity. The result is an asymmetric advantage in information warfare that is global in nature and strategic in effect.

It seems like autocracies enjoy a significant advantage in this space. How are Western democracies currently faring in “gray zone” operations?

Autocracies tend to have an advantage in the gray zone in two ways. First, the nature of their centralized systems allows them to marshal whole-of-state (and whole-of-society) resources to execute operations. Second, the openness of democracies and the often-diffuse nature of power can leave them more vulnerable to gray-zone activities and less effective at cobbling together effective national responses. While the United States and other democracies are faring better in some areas, such as cyberspace, they lag behind in others, such as the information domain. That’s because Russia, China, and other actors have ingrained gray-zone tactics into their doctrines, whereas many democracies have failed to even build consensus around those concepts—let alone embed them into their security strategies, despite having most of the tools to do so.

The United States’ strategic competitors also do not feel bound by the rules-based international order and feel no obligation or regret when conducting offensive activities outside of those accepted norms. An added advantage is that all have kept the United States as their number-one geostrategic target for an extended period of time—a byproduct of being a global leader—while Washington has rotated its focus and efforts around many other pressing international crises and issues. Undoubtedly, US competitors enjoy advantages in hybrid warfare, but the good news is that none of them is insurmountable.

The West does, indeed, have some advantages in defending against gray-zone operations. For instance, a free and open press is particularly critical in calling out the activities of adversaries that flourish best in the dark. Whether that includes identifying Russian special-operations forces in Crimea or fact-checking disinformation campaigns originating from the Russian Internet Research Agency, the proverbial sunshine afforded by a free society remains a powerful weapon. Likewise, close partnership between like-minded international partners (and a coherent strategy developed from this partnership) would allow democracies to bring more weight to a problem that is otherwise difficult to counter on your own.

How would you advise US policymakers to develop better capabilities in this sphere—especially while preserving key Western principles such as transparency, freedom, and human rights?

A mindset shift is required. As a foundational first step, US policymakers should develop a cross-government strategy for competing with adversaries in the gray zone. This would involve developing a common language and shared understandings of the challenge across all domains where gray-zone activity occurs, including economic, diplomatic, information, and cyber. The US should develop coordinated interagency response options, both offensive and defensive, to attacks in the gray zone and determine the US national objective by defining its desired end state in gray-zone competition. In the cyber domain, this could involve expanding offensive cyber capabilities, while in the information domain, this could mean responding to and mitigating disinformation while simultaneously and proactively shaping the information environment. Through aligned messaging with allies and partners, the United States can transparently expose Russian and Chinese abuses and malign activity, all while illuminating the values of freedom and democracy.

As the world’s largest economy, with a currency that has been the global standard for more than seventy years, the United States still does not always use this to its national advantage (say, by shaping trade deals to guarantee national security). From an information-operations perspective, the objective truth is ultimately on the side of the United States and its allies—but delivering effective messaging continues to be a challenge. The United States should use its stature, position, and prestige as a nation to accomplish long-term national goals instead of short-term posturing. Coordination and oversight of hybrid-warfare activities (as well as the power of the purse) are paramount to ensuring that all activities are vetted at the highest levels of the executive branch.

In most gray-zone activities, the advantage always goes to the first mover. Chinese-constructed artificial islands which now host military and intelligence capabilities would have been easier to contest when they first started to appear. Disinformation campaigns are easier to dispute when they are first detected (and before opinions are set in targeted audiences). Currently, the United States is disadvantaged by its inability to forecast its adversaries’ actions and slow response time once those actions are identified. Additionally, a lack of coherent command-and-control, as well as jurisdictional and philosophical boundaries between government agencies, tend to inhibit the synchronized activities needed for truly whole-of-government responses. This is compounded when trying to match up with other international partners wrestling with their own internal bureaucratic complexities. 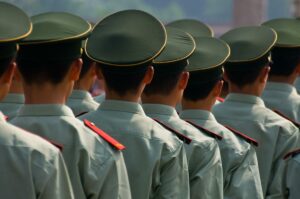 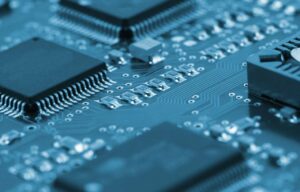