Jamie Dimon: Cybersecurity threats may be the ‘biggest threat to the U.S. financial system’

JPMorgan Chase (JPM) CEO Jamie Dimon has singled out cybersecurity as the “biggest threat” to the financial services industry.

In his widely read annual letter, Dimon noted that JPMorgan Chase spends nearly $600 million each year on cybersecurity and employs 3,000 people dedicated toward these efforts.

Dimon isn’t alone with his concerns. Cybersecurity poses a threat to critical infrastructure and the economy, playing a large role in everything from transportation to financial services.

“Indirectly, we also spend a lot of time and effort trying to protect our company in different ways as part of the ordinary course of running the business,” Dimon wrote. “But the financial system is interconnected, and adversaries are smart and relentless – so we must continue to be vigilant.”

“The good news is that the industry (plus many other industries), along with the full power of the federal government, is increasingly being mobilized to combat this threat,” he added.

Goldman Sachs’s CEO David Solomon recently told Yahoo Finance that cybersecurity is among the top risks he sees in the world. Like Dimon, Solomon emphasized the importance of coordination between companies and government.

Elsewhere, Dimon noted that the issues around privacy are “real” and that the bank is constantly working to protect customer data.

“New laws in Europe stipulate that consumers should be able to see what data companies have on file about them and to correct or delete this information if they choose. These are the right principles, but they are very complex to execute,” Dimon writes.

He went on to call for thoughtful policies in the U.S. when it comes to protecting data.

“It is imperative that the U.S. government thoughtfully design policies to protect its consumers and that these policies be national versus state-specific,” he said. “Different state laws around privacy rules would create a virtually impossible legal, compliance and regulatory-monitoring situation.”

“But maybe the most crucial privacy issue of all relates to protecting our democracy,” he said. “Our First Amendment rights do not extend to foreign governments, entities or individuals. The openness of the internet means that trolls, foreign governments and others are aggressively using social media and other platforms to confuse and distort information. They should not be allowed to secretly or dishonestly advertise or even promote ideas on media and social networks. We believe there are ways to address this, and we will be talking more about this issue in the future.” 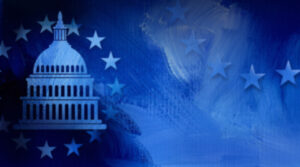 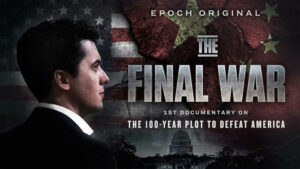